Pat Sprakes is a guitarist and bassist, who has hte uncanny knack of combining technicality whilst retaining solid harmonic rhythm and groove. Turning professional in 1991 he toured extensively with Tony Kofi and Pat McCarthy.

In the mid-90s he went on a UK tour with Jazz Expressions which culminated at Edinburgh International Jazz Festival and in 1999, he was selected by Darius Brubeck to perform on several tour dates in the Midlands.

Pat has performed on many recordings, particularly with singers such as Helen MacDonald and Sarah Bennett and has worked with Wendy Kirkland since 2003. His notable collaborations include Jim Mullen, Phil Robson, Adrian Ingram, Nigel Price, Jamie Taylor, and Sam Dunn. He has also worked with Karen Sharpe, Alan Barnes, Roger Beaujolais and Alex Garnett.

In 2012 he set up Chesterfield Jazz Club with Wendy Kirkland. He has been a member of the music department staff at Trent College in Nottingham since 2011 whilst continuing to teach privately throughout his entire career. Pat is largely self-taught having learned from players he respects highly, such as Adrian Ingram but cites Wes Montgomery and George Benson as two major influences. Those latter influences are very apparent in his sublime playing.

Pat has appeared at Stray’s since 2007, but always as part of the Wendy Kirkland band. This dates sees him playing his favourite tunes alongside his good friends, Mat, Si and Steve, aka PRS. 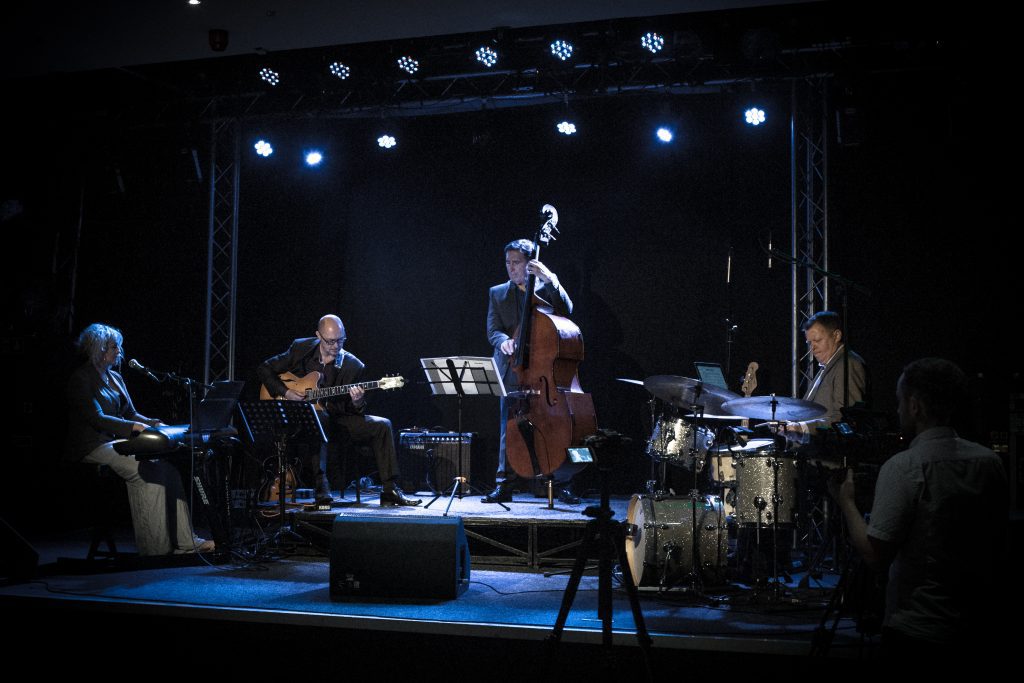