Ever self-deprecating, Pat has an instantly recognisable style and sound that makes him an extremely in-demand jazz guitarist. His latest project with vocalist Shannon Reilly and bassist Warren Jolly has received much acclaim, culminating in their album ‘Trouble’.

We’re very much looking forward to sharing Pat with you for this night of jazz standards. 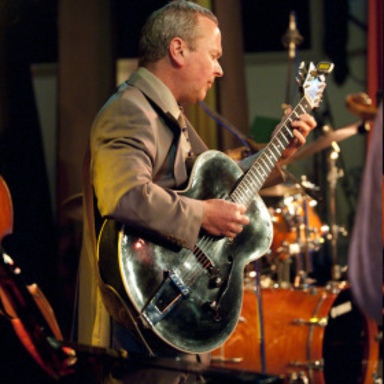