London based musician Kit, is a jazz and commercial trumpeter, pianist, composer and educator. He has performed at many of London’s iconic jazz venues including Ronnie Scott’s Jazz Club, The Vortex Jazz Club and Toulouse Lautrec Jazz Club. As a session musician, he has performed at Camden Electric Ballroom, The Blues Kitchen in Camden and Brixton and many more.

Kit is currently in his final year studying Jazz Trumpet at Trinity Laban Conservatoire of Music and Dance in London under the direction of Tom Walsh, Steve Fishwick and Mike Williams. During his time at Trinity Laban, Kit has performed at Ronnie Scott’s Jazz Club with the Trinity Laban Jazz Orchestra lead by Saxophonist, Mark Lockheart. He was also awarded the Mick Collins Trumpet Prize by Trinity Laban in 2020.

Kit’s musical career began with piano until he later picked up the trumpet. Before moving to London, he grew up in Lincolnshire where he joined the Lincolnshire Youth Wind Orchestra and Lincolnshire Youth Symphony Orchestra of whom he performed with on tours throughout Germany and Spain. Kit then went on to study Jazz Trumpet and Jazz Piano at the Royal Birmingham Junior Jazz Department under the direction of Percy Pursglove and Mike Williams as well as with the National Youth Jazz Collective.

As a recording artist, Kit has recorded for Mika’s single ‘Sound of an Orchestra’ in 2018 as well as Lots Holloway ‘Lose Myself’ in 2019. In November 2019, he recorded a debut album with ‘The Fur Firefighters’ which was released in January 2020. More recently, he has been able to record horns remotely for a variety of artists as well as his own projects. He is currently working on recording an album of his own music as a bandleader. Inspired by many of the classic Jazz trumpeters such as Woody Shaw, Freddie Hubbard, Chet Baker but also from more modern Jazz trumpeters such as Roy Hargrove and Marquis Hill, Kit is excited to perform alongside PRS. 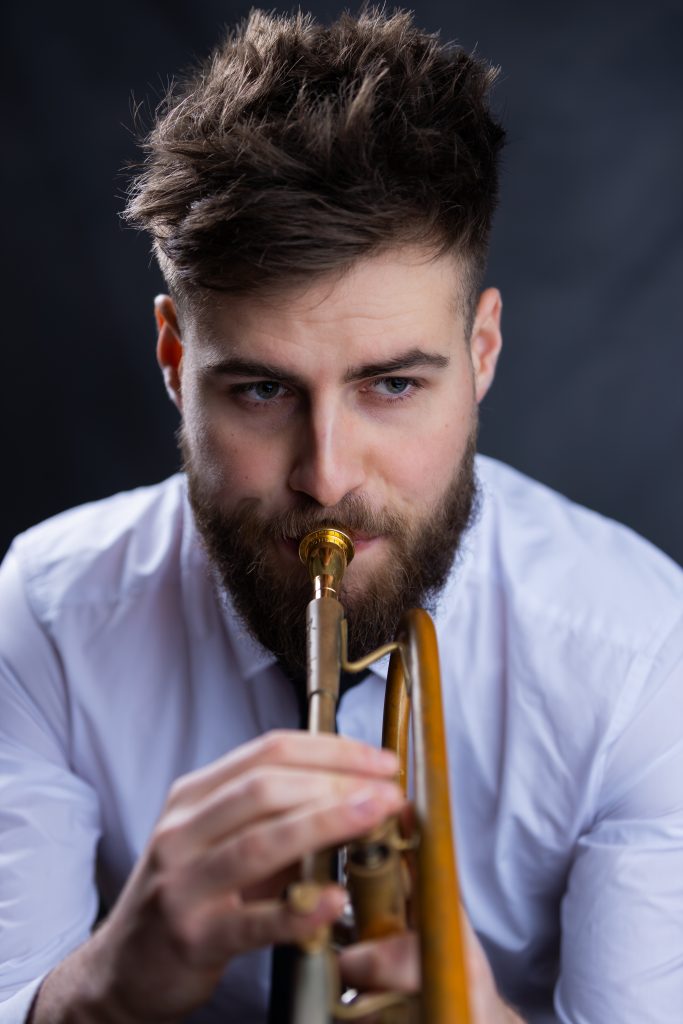